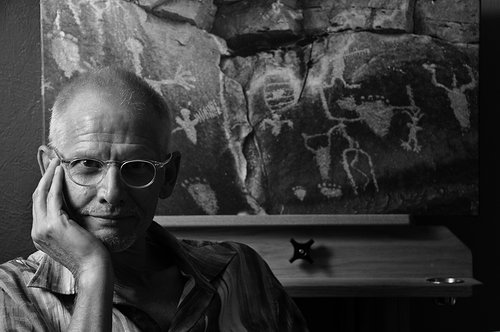 Hauson is an artist from Sedona, Arizona:

Undergraduate studies in Psychology and Philosophy at Arizona State University.

Alumnus of College of the Redwoods, Associate  Degree Forrestry/Wildlife Biology.

Performed as a professional actor on stage regionally for over a decade.

Retired from the theater in 1990 and settled in Sedona, AZ.

A Word From The Artist:

After performing on stage in regional theaters from Seattle to Manhattan for twelve years, having the time of my life but not seeing a Tony Award looming in my future dispite many great reviews, I decided to retire from the Theatre in 1989.

It had been a good run.  I had great fun but like many aspiring actors I reluctantly came to the dicission that it was time to settle down and get a "real job".

While working my way through college in Northern California and then graduate school in New York City I had many jobs ranging from Logger, Re-Forestation Contractor, Crab Fisherman, Waiter, Bartender, Restaurant Manager, not to mention Actor; however, it was my knowledge and expertise in fine wine, experience I aquired while working as Wine Steward and Captain at the Ritz Carlton and The Jockey Club located on Central Park South in Manhattan, that ended up influencing my career path.  It was that part time job which helped to sustain me as a struggling actor in New York City and that later helped me to land a position as a Sommelier in the resort town of Sedona Arizona where in the summer of 1989 I became the assistant Food & Beverage Manager at the famous L'Auberge de Sedona.

Some time later, flash forward over a decade, I was hired by a local Sedona company, to launch and operate a retail gourmet food and wine business.  A few years after mounting the operation, I parted with that company and went on to create a successful luxury vacation destination at my ranch, The Lazy Su-Z Ranch, a cattle and horse ranch and fishing destination nestled on the bank of the upper Rio Grande river in the San Juan Mountains of Colorado.  While running operations at the ranch for the next seven years, I spent much of my time as a flyfishing guide on the river and of course, I spent many hours painting.

I became interested in Modernism and Abstract Expressionism while living in New York City.  I picked up a brush and began to paint in the late nineties and can't seem to put it down.  I am compelled to paint and find myself wedded to the process. The artist name, Hauson, was chosen as a portmanteau which I coined in honor of a patron and mentor.  I have since sold my interest in the vacation ranch business.  These days I am still enjoying my artwork and running the rivers of the Rocky Mountains, the Pacific Northwest and Eastern North America, in my Drift Boat. I have now settled permenantly near Bloomington Indiana and I find the fishing around the Great Lakes spectacular as well as the art scene.  Now I focus on spending time with family who all reside in Indiana and producing as many paintings as I can between fishing expeditions.

My work is four fold, based on Form, Color, Movement and Symbolism.  There is also a Fith Element that inspires me which is Mathematics, especially the intersection of Prime Numbers with Geometry. Combined with Color, for me it becomes "Visual Jazz".  Like Jazz, I improvise and the Painting is revealed.  In the words of the great modernist Paul Klee -

"To paint well is simply this: To put the right colour in the right place."

My aim is to see the color and find the place.

Galleries that represent Hauson include: 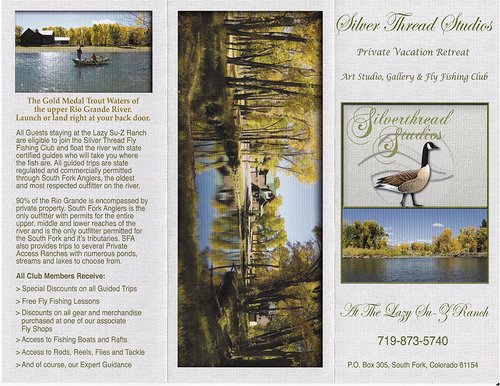 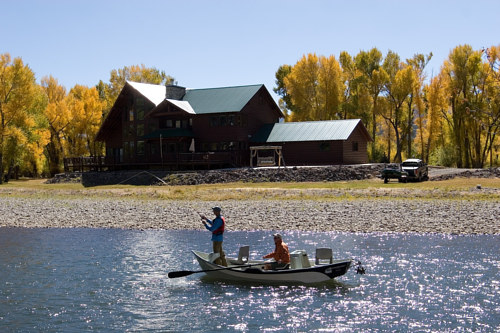 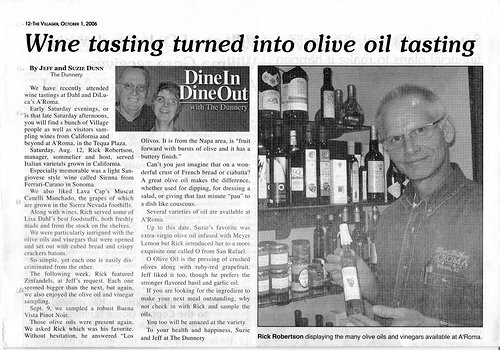 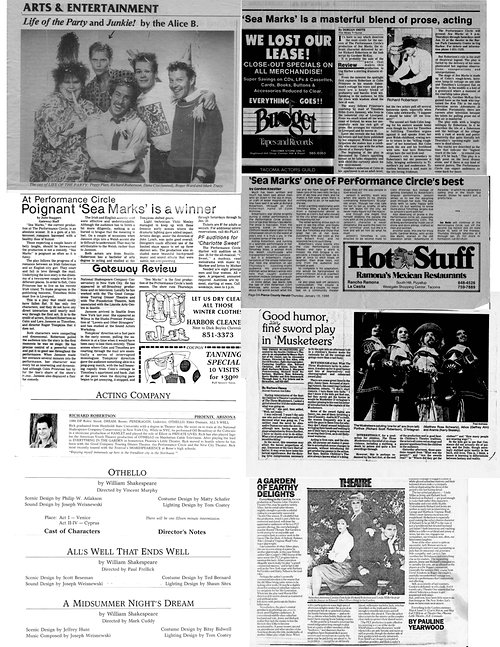